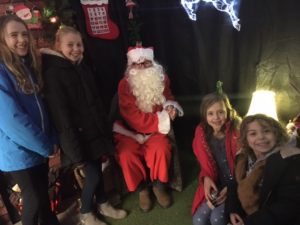 Henley Lions were, as we have been since 2009, heavily involved in helping Santa at the Toad Hall Garden Centre. Santa was busier this year than he has ever been and saw nearly 1000 children on the four weekends leading up to Christmas. Each child received a toy from Santa which they chose from Santa’s magic toy box.  Half of the fee of £6.00 per child to visit Santa is donated to Henley Lions charity fund and is used to support local children’s charities.